A 13th Century Welsh castle and surrounding land has fetched £838,000 at auction. Ewloe Castle, located in the northeastern corner of Wales, was part of a sale of land that was held earlier this week. The land was sold in five different lots fetching between £40,000 and £275,000 each.

Jonathan Major, from Strutt and Parker estate agents, said the 24-acre plot which contains the castle was bought for £122,000 by an anonymous farmer. He said: “Undoubtedly the Ewloe site has history, and attracted a good amount of interest from farmers. The sale of all five lots went very well and undoubtedly they will all be used for farming as the land doesn’t have permission for anything else.” 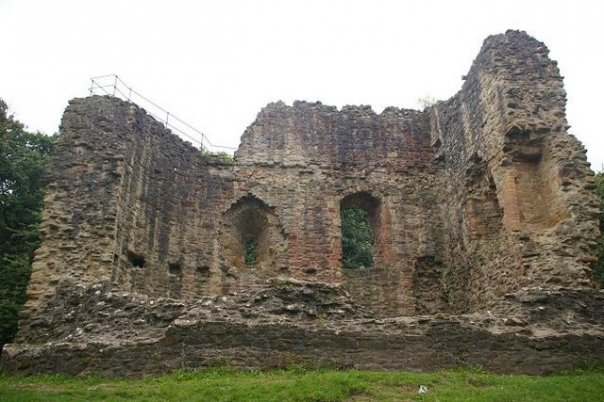 Over 100 people, mostly farmers, attended the auction at a local hotel. Auctioneer Roger Griffiths, said: “The fact that so many people attended is a sign of confidence in land as an investment. Land is a stable commodity in unsettled times. We’re very pleased with how the sale went.”

When it was announced last month that Ewloe Castle would be sold at auction, there were fears by members of the public that public access to the historic site would be restricted, or that the castle might even be torn down for redevelopment.

See our earlier article on Ewloe Castle for more details.

Although privately owned, the castle is under the custodianship of Welsh historic monuments agency Cadw. A spokesman from Cadw, said: “Ewloe Castle and its immediate area is in the guardianship of Cadw on behalf of the Welsh Assembly Government and is protected as a scheduled ancient monument. The castle is an excellent example of Welsh construction, which contains important architectural details. It played a significant role in medieval struggles for supremacy between Wales and England.”