Farnham Castle to be restored

Farnham Castle, which was first built in the 12th century, has been awarded £700,000 in funding for major restoration works and improvements for visitors.

The grant from the Heritage Lottery Fund (HLF) will complete the final phase of a major restoration programme and unite the Bishop’s Palace and Keep under single management for the first time. This will enable it as one of the leading tourist attractions in Surrey to offer an exciting and educational visitor experience, and open up the castle’s rich and varied stories to the widest possible audience.

In constant use for the past 900 years, Farnham Castle was built in 1138 by a grandson of William the Conqueror. It has played host to monarchs throughout the ages from King John to Queen Victoria. As a political powerhouse for 800 years under the Bishops of Winchester, who used the Castle as a home and administrative centre until the 1920’s, much of the original fabric and layout of the Grade I and II listed site survives in a form that has evolved gradually over time. Farnham Castle’s national heritage significance is recognised through its designation as a Scheduled Ancient Monument. 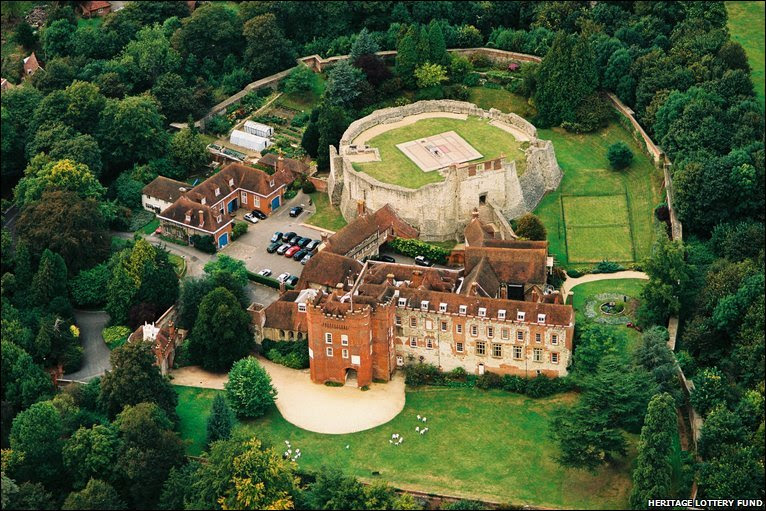 Jane Weeks, Chair of the South East England HLF Committee, said: “We are delighted to see this many-faceted project come to fruition. It will repair and conserve one of the few remaining medieval houses of England and introduce new audiences to a long and fascinating history that has something to offer all age groups of local and visiting communities alike.”

At the heart of the project, due to start next month and scheduled for completion by Spring 2010, will be improved access to the Keep for everyone. Farnham Castle will take over responsibility for running the Keep from English Heritage, alongside continuing to manage the Bishop’s Palace, enabling a cohesive vision for the castle’s restoration and visitor development plan. Entry will be free for all visitors, and opening times will increase from the current 80 days to 300 days per year, 8 hours per day.

Capital works to be fulfilled by the grant include:

A major new activities programme involving many individuals in the local community, will also encourage learning and participation in the unique history of the castle. Highlights capitalising on the castle’s rich history include a Heritage in Action room – to be created as a joint project with Farnham’s University of Creative Arts exploring the castle’s nine centuries through paintings, hands-on exhibits, interactive displays, models and photographs. This room will also provide refreshments for visitors to the keep.

Lucinda Fleming, Mayor of Farnham, commented: “This is an amazing opportunity for the town and its residents, and I am particularly pleased to learn that many of the planned activities will involve so many members of our local community. The castle and the town are extremely grateful to those who have contributed to the project and I would actively encourage anyone who would like to make a contribution financial or otherwise to do so”.

James Twiss, Chief Executive, Farnham Castle, said “This is fantastic news for Farnham Castle and for everyone who lives around here as well as the many visitors to the town.” He continued “We have received an amazing amount of support from many local organisations, and in addition to the very generous grant now confirmed by the Heritage Lottery Fund, and our own funds, we have received pledges from Waverley Borough Council, Farnham Mayor’s Appeal, Farnham Institute, Farnham Historic Buildings Preservation Trust, Farnham Institute, The Maltings and English Heritage. We are almost there and with further help, which I am sure will be forthcoming now we have a positive outcome to the HLF application, the project will be fully funded”.

First built in 1138 by Henri de Blois, grandson of William the Conqueror, Bishop of Winchester, Farnham Castle was to become the home of the Bishops of Winchester for over 800 years. The original building was demolished by Henry II in 1155 after the Anarchy and then rebuilt in the late 12th and early 13th centuries.

The architecture reflects changing styles through the ages, making it one of the most important historical buildings in the south of England. It is an impressive stone motte and bailey fortress, which has been in continuous occupation since the 12th century. The large motte was formed around the massive foundations of a Norman tower and then totally enclosed by a shell-keep, with buttress turrets and a shallow gatehouse. Attached to the motte is a triangular inner bailey, with a fine range of domestic buildings and a 15th century brick entrance tower. The formidable outer bailey curtain wall has square flanking towers, a 13th century gatehouse and a large ditch.