After 35 years of noninvasive research, art experts have turned to rather drastic methods to solve a longstanding Leonardo da Vinci mystery.

Putting aside the state-of-the-art technologies employed in the past decades, the researchers have simply drilled a hole into a frescoed wall that they believe hides a long-lost da Vinci masterpiece known as the "Battle of Anghiari." 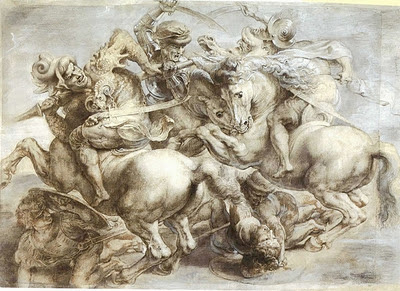 "We are finally in the condition to put to an end a great research. In the next two-three months, one of art history's greatest mysteries will be solved once and for all," Matteo Renzi, the mayor of Florence, said.

Unfortunately, the drill wasn't performed on an ordinary wall. Standing in Palazzo Vecchio, Florence's 14th-century city hall, in the imposing Hall of Five Hundred, the wall houses a mural known as the "Battle of Marciano." It was painted by the renowned 15th-century painter, architect and writer Giorgio Vasari.