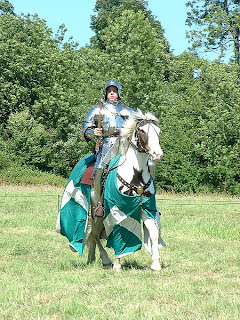 Medieval knights are often depicted as bloodthirsty men who enjoyed killing. But that is a completely wrong picture, new research shows.

The knights did not kill just because they wanted to, but because it was their job – precisely like soldiers today. Nor were the Middle Ages as violent as we think, despite their different perception of violence compared to ours.

“Modern military psychology enables us to read medieval texts in a new way – giving us insight into the perception of violence in the Middle Ages in the general population and the use of lethal violence by knights,” says Thomas Heebøll-Holm of the SAXO Institute at the University of Copenhagen, who researches the perception of violence in the late Middle Ages.

“Previously, medieval texts were read as worshipping heroes and glorifying violence. But in the light of modern military psychology we can see the mental cost to the knights of their participation in the gruesome and extremely violent wars in the Middle Ages.”