London built with the blood of British slaves

The Romans founded London as a centre of trade and business in about AD 50 - or so archaeologists have long believed. 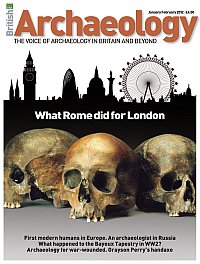 But new evidence suggests the capital has a more chilling history, built as a military base by slaves who were then slaughtered. Hundreds of skulls discovered along the course of the "lost" river Walbrook suggest London may have been built by forced labour.

Dominic Perring, director of the Centre for Applied Archaeology at University College London, says the skulls could be those of Queen Boudica's rebel Iceni tribesmen who were brought to London to build a new military base.

In an essay published in this month's British Archaeology magazine, Mr Perring argues that some of the skulls had been de-fleshed, which suggests the slaves may have been executed after building work was finished.

Click here to read this article from the Evening Standard