The Good Book that turned the English language upside down 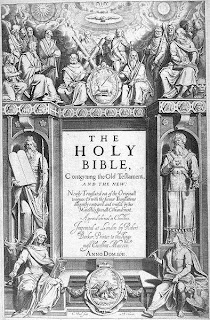 When George Washington was sworn into office in 1789, he made an oath on the King James Version Bible. Every American president since – with the exception of John F. Kennedy who was a Catholic – has followed suit. And its influence on the English language is undeniable – Moby Dick and Martin Luther King’s speeches were infused with the language of the KJV, and when Linus takes to the stage to tell Charlie Brown what Christmas is all about in the holiday special, he quotes from the Luke Gospel in the KJV. (“And the angel said unto them, Fear not: for, behold, I bring you tidings of great joy, which shall be to all people.”)

It’s been 400 years since its first publication in 1611. And even if it’s not as prevalent a part of the lives of the younger generation in an increasing secular world, the English language owes a debt to the King James Bible.