As European leaders meet today in a desperate attempt to prevent a colossal euro collapse, a look back at history shows that we have learned little from the past.

Excessive debt accumulation, structural weakness and poor management were responsible for economic crashes and collapses since the medieval invention of banking by the Italians, who came up with the deposit account, double entry bookkeeping and the line of credit.

"The word bank comes from the Italian, named after the 'banco' or bench on which merchants traded. And bankrupt originates from the practice of breaking the bench of an insolvent banker," said art historian Ludovica Sebregondi, co-curator of "Money and Beauty," a perfectly timed exhibition which runs in Florence until January 22. 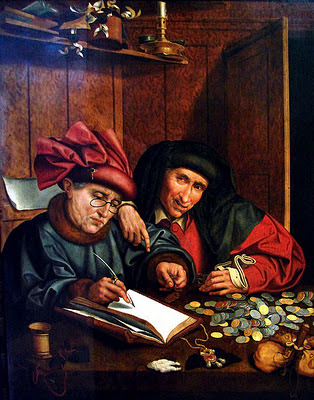 The exhibition also shows that words such as bankrupt and risk were pronounced in Italy centuries before the Occupy Wall Street movement took hold.