Mysteries and Masterpieces: The latest stage in the “American conquest of the Middle Ages” 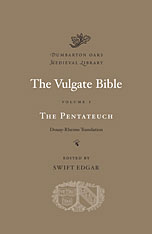 In 2011, Harvard University Press celebrated the hundredth anniversary of the Loeb Classical Library, the renowned series that presents accessible editions of ancient texts with English translations on the facing page. The covers of the Loebs—red for Latin literature, green for Greek—have become iconic, and generations of students and readers have found them the ideal way to access our classical heritage. In 2001, the press (HUP) launched a new series on the Loeb model, the I Tatti Renaissance Library, featuring Latin and vernacular texts from the fourteenth century and after. But between the latest Loeb—the works of the Venerable Bede, the English chronicler who lived in the seventh century C.E.—and the earliest I Tatti volume, there was a seven-century gap, representing an era of European history that is all too easily neglected: the Middle Ages.

The very term “Middle Ages,” in fact, implies that the period is significant merely as an interruption, or at best a transition, between the vital culture of the Greco-Roman world and the “rebirth” of that culture in the Renaissance. When the Middle Ages do come up in popular discourse, the terms are almost never complimentary. Last year, for instance, Cogan University Professor Stephen Greenblatt published his widely acclaimed book The Swerve, which tells the story of the Italian Renaissance’s rediscovery of the Roman poet Lucretius. Central to Greenblatt’s argument is the idea that the Renaissance represented a long-overdue return to reason and sanity after the long religious delirium of the Middle Ages, a time of “societies of flagellants and periodic bursts of mass hysteria.”

Click here to read this article from the Harvard Gazette