One in a Million: The Amateur Egyptologist

Dominic Raina’s business card is a simple affair bearing his name, phone number and an equilateral triangle resting on one side. Written underneath the triangle is the service Raina offers: “PYRAMID CONSTRUCTION DEMO’S.” Above the triangle, his nickname — “NO-MOSS-NICK” — hints at Raina’s solution to the question of how ancient Egyptians transported huge blocks of stone and raised them in place to construct the great pyramids: A rolling stone, he says, gathers no moss. 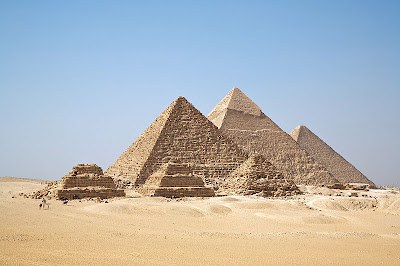 In the living room of his Nepean home, he’s set out paving stones, wooden planks, ropes, cribbage boards and croquet posts to demonstrate his theories. Numerous books on Egypt and the pyramids sit on the coffee table, with scores of red ribbons marking pages of interest.

Raina turns to one with an illustration depicting dozens of workers dragging a massive stone block along the ground. A widely accepted theory holds that the 2- -ton casing blocks used to construct the pyramids were each dragged along the ground by as many as 45 workers, each one pulling approximately his own weight.