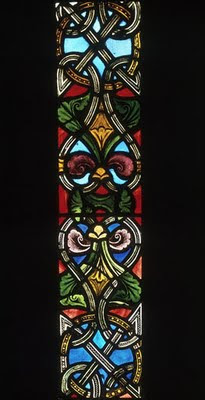 The V&A’s new Medieval and Renaissance Galleries is now home to one of the world’s most remarkable collections of treasures from the period, including the Becket Casket, Gothic altarpieces and the notebooks of Leonardo da Vinci. There will also be an outstanding collection of Renaissance sculpture by Italian masters such as Donatello and Giambologna. Ten galleries, occupying an entire wing of the Museum, will for the first time present the collections in continuous displays to tell the story of European art and design from the fall of the Roman Empire to the end of the Renaissance period.

In a review for the Daily Telegraph, Richard Dorment describes the exhibition: "The 10 contiguous galleries occupying two floors of that vast building on the Cromwell Road feel like a museum within a museum, where every effort is made to give a feel for a church interior or Renaissance study without turning the galleries into a succession of stage sets."

The V&A is redisplaying more than 1800 objects from the period AD 300 to 1600. The £30 million Medieval and Renaissance Galleries are the biggest project the V&A has undertaken since the British Galleries opened in 2001. They have been generously funded by a £9.75m grant from the Heritage Lottery Fund (HLF) as well as private donations.

Their opening marks the end of the First Phase of the V&A’s Future Plan. Architects MUMA have designed the new galleries, reconfiguring existing museum spaces and constructing a new day-lit gallery from a previously unused area, using nine metre long glass beams to connect the façades.

The V&A is creating beautiful and innovative new displays which place objects within their original social and cultural context. In a gallery of religious artworks, light will filter through translucent onyx window screens, suggesting the use of such windows in medieval churches. Dramatic sculptures by Giambologna and others will stand in a gallery exploring the Renaissance City, next to trees and water evoking a courtyard and garden.

The new galleries will make connections between the medieval and Renaissance periods with objects from both northern and southern Europe. The displays will be chronological and each gallery will have its own narrative highlighting themes, stories, historical figures and important patrons, such as the Emperor Charlemagne and the Medici family.

The V&A has one of the largest collections of Italian Renaissance sculpture outside Italy, including an exceptional group of sculptures by Donatello, the most gifted and innovative sculptor of his age. An entire gallery will be devoted to the work of this 15th-century sculptor, along with work by his contemporaries and followers. Displays will explore Renaissance ideas and beliefs, including the influence of antiquity. Luca della Robbia’s 12 glazed terracotta ceiling roundels from Piero de’ Medici’s study of 1450-56 will be displayed to evoke the setting and space of the original study of the powerful Florentine patron. The elegant Santa Chiara Chapel is the only example of Florentine Renaissance church architecture to be seen outside Italy.

Another large-scale and imposing architectural feature will be the choir screen from the Cathedral of St John at ‘s-Hertogenbosch (1610–13) in the Netherlands, one of the largest objects on show. Masterpieces of medieval craftsmanship will include the largest and most splendid of the enamel caskets dedicated to St Thomas Becket (about 1180) and the elaborate Gloucester Candlestick (1104-15). The Symmachi Panel, one of the finest surviving ivories from the Late Antique period in Rome, dated around 400, will show the influence of the later Roman Empire on medieval art. Another rare and exceptional object, the Lorsch Gospels Cover, is one of the largest and grandest ivory medieval book covers to have survived from the Court of Charlemagne in around 800. An 11th-century statuette of the Virgin and Child is the only Byzantine ivory figure to be carved entirely in the round.

Luxury goods such as the gold and enamelled Mérode Cup (1400-1420) from the lavish court of Burgundy will illustrate the theme of noble living, focussing on scenes of ostentatious display related to hunting, dining and courtship. Many highlights will come from the V&A’s internationally significant collections of textiles. The magnificent Boar and Bear Hunt is one of the so-called Devonshire Hunting Tapestries, the only great hunting tapestries to have survived from the 15th century. On display will be the Troy Tapestry which epitomises in its depiction of the Trojan wars luxury tapestry production in the Netherlands. A major programme of conservation work is being undertaken to prepare objects for display in the new galleries, providing curators and conservators with an opportunity to study objects in more detail and often bringing to light new information about their history and function.

Mark Jones, Director of the V&A, said: ‘For the first time, these new galleries present the V&A’s medieval and Renaissance treasures as continuous displays telling the story of European art and design from the year 300 to 1600. We hope that the new displays, featuring some of the most beautiful and historic objects from our collections, will inspire all our visitors.’

The Victoria & Albert Museum will open its Medieval & Renaissance Gallery on December 2nd. Click here to go to the V & A website.