A Social History of Byzantium 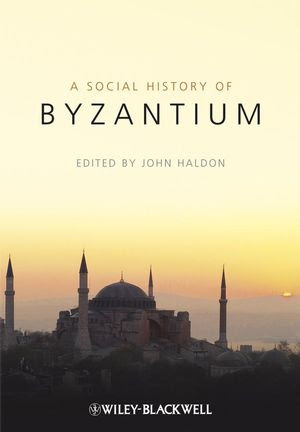 The recent book A Social History of Byzantium, edited by John Haldon, explores an area of history so far neglected in Byzantine Studies. The book was published earlier this year by Wiley-Blackwell, offers eleven essays ranging from family relationships to court society.

In an interview with Medievalists.net, Professor Haldon discusses how this book addresses some of theoretical and sociological approaches that can be used to study Byzantine social history. He explains that he wanted each chapter to serve as a basis for future research, which will better prepare future research "to relate what happens on the ground."

Haldon's own introductory chapter, "suggests approaches to social history," and how scholars need to use various strategies to examine the complex types of evidence available to them. Haldon, who teaches at Princeton, advocates drawing different disciplines into research, going as far as to say historians "should operate in teams." Haldon works on several projects with economists and computer scientists, such as the Digital Manzikert project, which is using satellite imagery to help reconstruct the Manzikert campaign in 1071, when the Byzantine Empire suffered a major defeat from the Seljuk Turks.

"Family Structure and the Transmission of Property," by Angeliki Laiou, marks one of the last articles to be written the former Harvard professor, who passed away earlier this year. Haldon, who was a friend of Laiou, says the historian "was very tough, scary...and could be merciless," but was a clever intellectual who helped introduce many new concepts to Byzantine studies. He cites the Economic History of Byzantium, which Laiou edited and wrote several chapters focusing on the macroeconomics of Byzantium, as being an important contribution to Byzantine and medieval history.

The book marks one of the first attempts to examine the social history of the Byzantine empire, and Haldon hopes that it will spur scholars to pursue future research in this field.

Click here to read Chapter 1: Toward a Social History of Byzantium, by John Haldon