Mons Meg wheel gets a flat 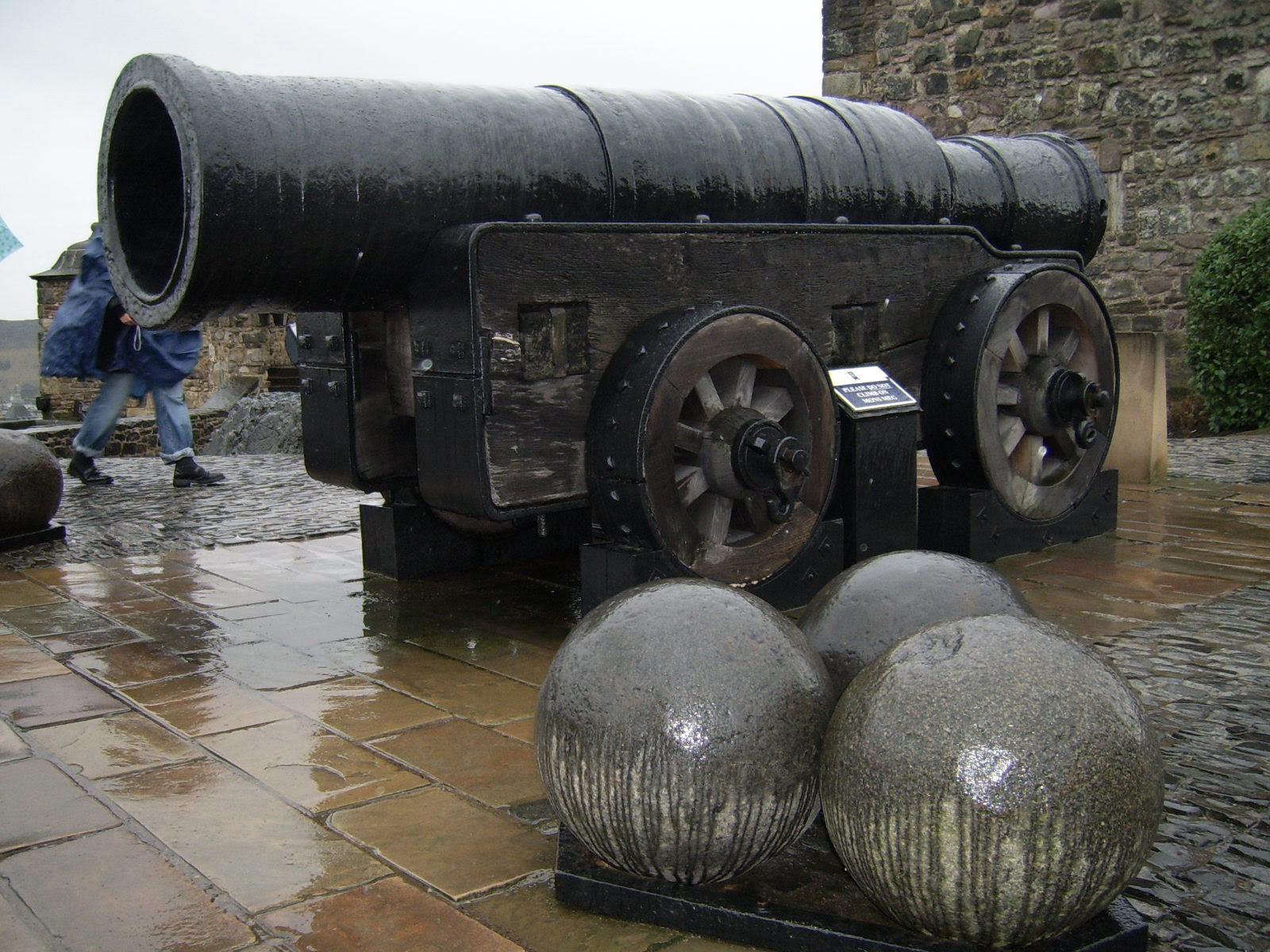 In centuries past the vast Mons Meg siege cannon was hauled across Scotland to demolish the castle walls of the king’s enemies.

But even though its wheels were entirely made of wood and iron it seems it could suffer the medieval equivalent of a flat tyre.

While it has been stood quietly on the ramparts of Edinburgh Castle for some years without moving, the sheer pressure of the six-ton barrel and the two-ton carriage has distorted the metal band round one of the wheels.

Historic Scotland conservation and maintenance experts today used two mini cranes to lift the barrel in order to carry out a programme of checks on the condition of the great gun.

Hugh Morrison, Historic Scotland collections registrar, said: “This was the supergun of its era and it’s one of a kind, so we take very good care of her with regular checks and maintenance.

“As she is so large we are having to set up special lifting gear to hoist her off the carriage.

“But once that’s done we’ll be able to check her over any carry out any conservation work that’s needed, and put on some new protective paint as required.

“One job that has to be done is to knock a metal rim on one of the wheels back into shape as it has bent out of shape from the enormous weight of the gun.”

The work is expected to take a week to 10 days to complete.

Mons Meg was originally made in 1449 and presented to James II in 1457, at which time she was the latest in military technology, and fired gunstones weighing 330lbs or 150kg. When fired in 1558, to celebrate the marriage of Mary, Queen of Scots to the French dauphin, Francois, the gunstone reached Wardie Muir, nearly two miles away.

The gun was last fired in October 1681 in a birthday salute for the Duke of Albany (later James VII) but her barrel burst.