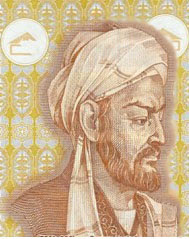 For pulmonary ailments, certain medieval physicians had a useful medical textbook on hand offering detailed information remarkably similar to those a modern doctor might use today. One of the fathers of medicine, the great Persian scholar Avicenna left a wealth of information in his many works. Iranian academics dust off one of these in an article published today in the journal Therapeutic Advances in Respiratory Disease, sharing in English details of Avicenna's work that still fascinate both physicians and historians of medicine alike.

Seyyed Mehdi Hashemi and Mohsen Raza dug deep into Avicenna's original ancient text, housed in the Central Library of the Tehran University of Medical Sciences in Iran, where they both work. In particular, they aimed to highlight Avicenna's work on respiratory diseases, which may be informative or interesting to physicians and pulmonologists today.

Avicenna discusses respiratory diseases in volume three of the Canon of Medicine, covering the functional anatomy and physiopathology of the pulmonary diseases that were known in his time in detail. His descriptions of the signs and symptoms of various respiratory diseases and conditions are remarkably similar to those found in modern pulmonary medicine. The topic is covered under five chapters: breathing, voice, cough and haemoptysis, internal wounds and inflammations and principles of treatments.

The authors also highlight both herbal and non-herbal treatments Avicenna recommends for respiratory diseases, and their signs and symptoms from the second volume of the Canon of Medicine. Avicenna suggested 21 herbs to treat respiratory disorders, and today we know that several of these herbs contain bioactive compounds with analgesic, antispasmodic, bronchodilatory or antimicrobial activities. For instance, Avicenna would have prescribed opium at that time for cough and haemoptysis, a practice which today has an established therapeutic basis.

"In the time of Avicenna, the presentation of respiratory diseases, their treatment and their prognosis was much different than in modern times," says Hashemi. Medieval physicians had a greater reliance on history, physical examination (which was mostly based on visual observation), individual variation, environmental factors, diet, and so on, for diagnosis and treatment.

Even so, several of Avicenna's observations related to signs and symptoms, aggravating and relieving factors and the treatment of pulmonary disorders are still valid and can be explained by modern science. For example, one of the important symptoms in the diagnosis of asthma that Avicenna discusses is dyspnea during sleep that leads to awakening. Avicenna also observed plaster-like material in tuberculosis patients' sputum, which is now known as lithoptysis (stone spitting), where a patient coughs up calcified material due to perforated bronchial lymph node.

Despite many limitations and the lack of modern instruments in his day, Avicenna adopted a scientific approach to the diagnosis and treatment, not only of respiratory disorders, but also more generally to illnesses he treated and mentioned throughout the Canon of Medicine.

A Persian polymath, Avicenna (a widely-used Greek version of his name Abū 'Alī al-Husayn ibn) was a leading physician and philosopher who penned over 450 volumes, of which almost half have survived. During his lifetime (981 to 1037 AD), Avicenna was also an astronomer, chemist, geologist, logician, palaeontologist, mathematician, physicist, poet, psychologist, scientist and teacher. Canon of Medicine (al-Qanun fi al-Tibb), became a standard medical text, and was used across mediaeval Europe for 600 years.

The traditional diagnosis and treatment of respiratory diseases: a description from Avicenna's Canon of Medicine by SM Hashemi and M Raza is published in Therapeutic Advances in Respiratory Disease. Click here to go to the journals website.