An earlier version of the Mona Lisa? 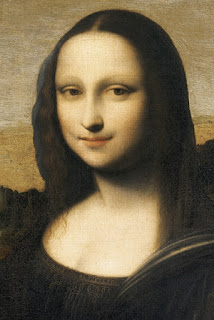 The Swiss-based Mona Lisa Foundation believes they have proven that Leonardo da Vinci painted an earlier version of the Mona Lisa.

Known as the Isleworth Mona Lisa, the canvas painting is larger the original Mona Lisa, as well being brighter and with a different background. It appears to depict the famous lady in the Mona Lisa portrait, which is thought to be Lisa Del Giocondo, the wife of a wealthy Florentine merchant. Experts have debated if the work has also been an original Da Vinci work, but the Mona Lisa Foundation believes that its scientific tests prove that it was made about ten years earlier than the masterpiece.