Archaeologists believe they have discovered a site where soldiers were buried after the Battle of Naseby was fought in Northamptonshire.

Experts from Cranfield University carried out a study of the battlefield at the end of last month. They believe they have found the spot where dozens of soldiers from Oliver Cromwell’s New Model Army were buried immediately after the battle was fought on June 14, 1645. 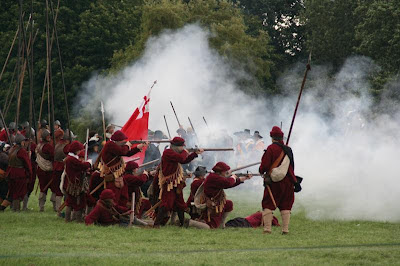 Naseby expert, Martin Marix Evans, said: “It would be a guess at the moment, but I would imagine we’re probably looking at a site containing anywhere between 30 and 60 bodies.

“And we hope this will be the start of a series of archaeological studies of parts of the battlefield which will reveal more of the events of 1645.”