Hildegard of Bingen's music gets modern twist in new album 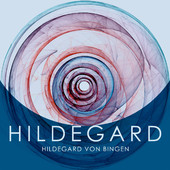 A medieval nun is poised to become an unlikely chart star after her liturgical chants were transformed into music by Madonna’s record producer.

A series of compositions by Hildegard of Bingen, a Benedictine abbess who died in 1179, have been released as an album, the Telegraph reported.

The producer, Guy Sigsworth, has reworked them to create “ambient remixes.”

Sigsworth is a classically trained musician known for his work with Madonna, Britney Spears and Seal.

The album, Hildegard, is being released by Decca and industry experts predict it will become a chart success.

Sigsworth worked with Stevie Wishart, a composer who studied medieval music and has long been fascinated by Hildegard’s compositions.