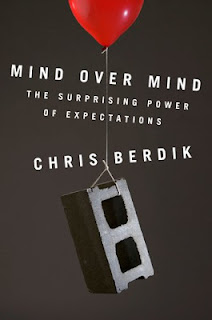 Excerpt from Mind Over Mind: The Surprising Power of Expectations, by Chris Berdik.

The largest wave of compulsive dancing hit Strasbourg in the summer of 1518. By the end of August, hundreds of people were dancing wildly throughout the city. Town officials overruled local physicians who said the dancers should be bled, but their chosen prescription was just as alarming: more dancing! They gathered the stricken into guildhalls and even built a stage for them in the public square. They hired dancers to keep up the energy and musicians to play a lively accompaniment. Not surprisingly, the dancers kept going and kept dying. Eventually the town leaders changed their minds and deemed the dancing a curse from an angry Saint Vitus, an early Christian whom the Romans tossed into a cauldron of boiling oil and then to the lions for refusing to renounce his faith. By the fourteenth century, the Vatican declared Saint Vitus a "holy helper" who could answer the prayers of people who had epilepsy or trouble conceiving. On his feast day, it was customary to dance at his shrine. However, saints who could heal when venerated could afflict when angered, so the town's next remedy for the dancing was civic contrition—which meant cracking down on gambling and prostitution, and the banishment of those known to traffic in vice.