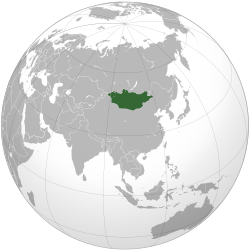 Scientists and researchers from the Institute of History of the Mongolian Academy of Sciences (IHMAS) have found tombs from the Hun people dating back to the 2nd century BC. In total, 31 Huns were buried in the tombs that were discovered at the foot of Salkhit of Rashaant Soum in Khuvsgul Province. After three years of research and excavation, the experts from IHMAS finally found the tombs of the Huns. Further detailed information about the tombs will be available to the public soon.

Below is an interview from Unuudur Newspaper with S.Ulziibayar, an expert on the research on Ancient History at the IHMAS.

Unprecedented finds were discovered from the tombs of the Huns in Khuvsgul. Can you give us more information on the discovery?

There are indeed numerous finds with the potential of creating a stir. We conducted an excavation at the foot of Salkhit, which lies four kilometres away from the Rashaant Soum of Khuvsgul Province. A joint expedition, with officials from IHMAS and the Department of Archaeology and Anthropology from the National University of Mongolia discovered the tombs in 2006, and excavation work continued from 2009 to 2011. As the anniversary of the first state of Mongolia, the Huns, occurred in 2011, we were able to conduct the excavation rather intensely last year using the funds received from the Anniversary Commission. We excavated 29 separate tombs in total and the field research has now finished. Our institute is set to release a book about the tombs discovered at Salkhit. As we didn’t announce the book formally through a research conference, it’s too early to publicise it. We also want to make people aware that we didn’t cooperate with any foreign partners on this excavation. It was the first ever joint expedition of native Mongolians during the past 20 years in this country.