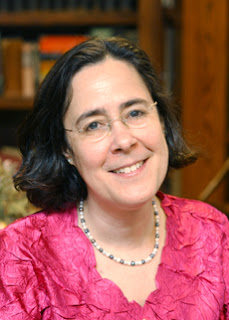 María Rosa Menocal, a renowned scholar and historian of medieval culture and literature, passed away on October 15th after a three-year battle with melanoma.

Menocal, Sterling Professor of the Humanities at Yale and former director of the Whitney Humanities Center, focused her research on the literary traditions of the Middle Ages and on the interaction of various religious and cultural groups in medieval Spain.

Her 2002 book, The Ornament of the World: How Muslims, Jews and Christians Created a Culture of Tolerance in Medieval Spain, describes the rich cross-fertilization that took place among those religious groups. The book placed the interactions of Jews, Christians and Muslims at the heart of the formation of a diverse and vibrant Western culture, and posed a vigorous challenge to the notion of inevitable polarization of Islam and the West in the popular imagination. It has been published in numerous languages, and received wide critical acclaim. A documentary for public television based on the book is under development.

Menocal once noted that she was inspired to write the book because "... the medieval period has been, and continues to be, so grossly misrepresented in almost all of our histories — from the fact that we have so little knowledge that medieval European culture included, centrally, the study of Greek philosophy as it was interpreted by hundreds of years of Muslim and Jewish commentaries to the fact that we still use the word medieval to mean 'dark' and 'unenlightened' when, in some respects, Europe has never been as enlightened … as it was then."

Click here to read the full obituary from Yale University

See also Culture in the Time of Tolerance: Al-Andalus as a Model for Our Time