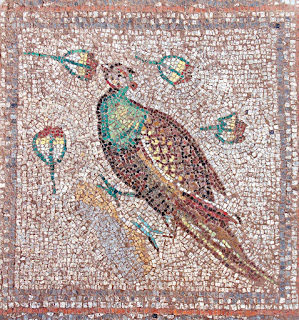 An archaeological city dating back 1,700 years has been unearthed during excavations in İzmir’s Kemalpaşa neighborhood, raising officials’ hopes the area will draw tourists’ attention.

The Cultural Beings and Museums’ General Director Osman Murat Süslü held a press conference Oct. 21 regarding the discovery of the archaeological city, which Culture and Tourism Minister Ertuğrul Günay has defined as “good news that will draw the world’s attention.”

Drilling work had started in the area, which is now categorized as a third degree archaeological site, before the construction of a warehouse company was scheduled to begin. Excavations were begun due to an abundance of signs the area may be a hotspot for archaeological treasures, Süslü said. “Scientific excavations started Oct. 1 and a layer from the 4th Century B.C. has been unearthed,” he said.

The newly-unearthed city is believed to date back to around the late Roman or Byzantium period, Süslü said. It was home to a 550-square-meter villa complex with 105-centimeter-thick walls, water channels and 11 rooms.

Click here to read this article from the Hurriyet Daily News