Remains of the walls of Northampton Castle have been discovered at an archeological dig ahead of the £20 million redevelopment of Northampton railway station.

Preparations for the development start at the end of the week, and the dig is taking place until Thursday to learn more about the building which once stood on the site. 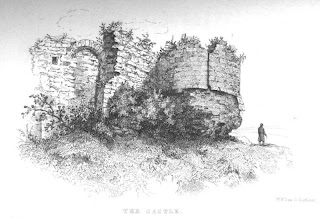 Experts from Northamptonshire Archaeology dug a trench will be within the area currently used for short-stay car parking, and discovered part of an old stone wall, a stone line drain and a late-Saxon pit.

Northampton Castle was situated on part of the current station site, but it is believed most remains were destroyed and displaced over time as the railway was developed.