Environmental choices the Romans made 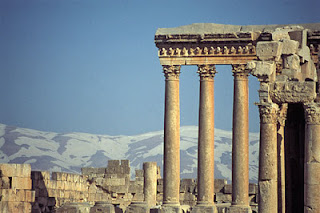 The Roman Empire was the world's first superpower and controlled millions of square miles at its height — everything between modern-day Spain up to England and across to Armenia, down through Egypt and over to Morocco. Millions of people from different tribes and cultures were governed by Roman law, mixing and mingling their respective religions, technology, customs and knowledge. Roman thinkers, artists, writers and philosophers helped expand our understanding of engineering, agriculture, architecture, law and the arts.

At its most populated, the city of Rome had more than 1 million citizens living within its borders. Most people lived in apartment buildings, and the city held a number of industrial businesses like blacksmiths, tanneries, slaughterhouses and concrete manufacturers. The dense concentration of people and industry created a lot of pollution — especially with thousands of smoky fires for cooking and heating burning daily.

Click here to read this article from the Mother Nature Network