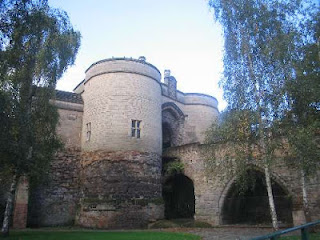 He's got a bow, wears Lincoln green and he's been the subject of Hollywood blockbusters starring Errol Flynn, Kevin Costner and Russell Crowe.

There is no denying Robin Hood is a fully fledged global icon, but he has proved to be a headache for his home town of Nottingham.

"There has been a feeling for as long as I can remember that Nottingham has underused and undersold one of its greatest assets," said Ted Cantle, who is soon to unveil new official proposals for a themed tourist attraction.

"In the past, attempts to promote Robin Hood have been regarded as flimsy and lightweight and it needs something to really hold the public's imagination."

This week's Robin Hood Festival, featuring jousting and storytelling, aims to attract 20,000 visitors but what about the other 51 weeks of the year?