Have archaeologists found church where Richard III was buried? 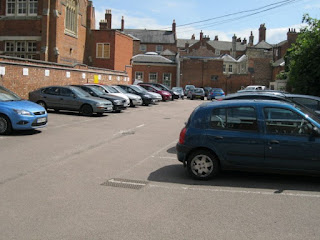 Archaeologists searching for the remains of King Richard III have unearthed remnants of walls which could belong to the church where he was buried.

The stone remains are the first clue identified by a Leicester University team who last weekend began excavating the car park of a social services building in Leicester in the hope of finding the missing king's resting place. Experts believe the stone is of medieval date and could belong to the walls of Greyfriars church, part of a Franciscan friary in which Richard, the last Plantagenet king of England, was buried after his defeat at the Battle of Bosworth in 1485.

The archaeologists said they expected to be able to confirm on Wednesday afternoon whether or not their findings are indeed from the correct medieval period, or whether they were laid down in another historical era.