Monastery where Christian saint was martyred is uncovered on Scottish Island 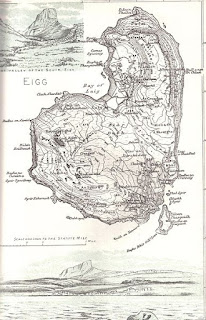 An archaeological dig on a Scottish island has unearthed the remains of what is thought to be a monastery founded by one of the country’s first Christian saints.

St Donnan brought Christianity to many places in the West Highlands in the seventh century before settling on Eigg. According to local folklore, he became a martyr after he was killed by Norsemen, along with 50 monks, while giving Mass on Easter Sunday in the year 617.

Eigg History Society won £17,500 of Heritage Lottery funding to carry out an archaeological excavation on the island in an effort to locate St Donnan’s monastery. The dig at Kildonnan Graveyard on the south-east side of the island has now uncovered evidence which experts believe shows it is the exact site.

Click here to read the full article from The Scotsman