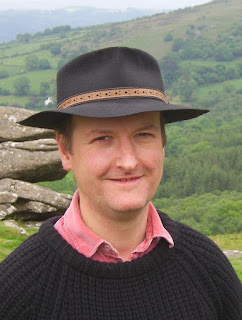 In a SPIEGEL interview, British historian Ian Mortimer discusses the often brutal reality of everyday life during the Middle Ages, the violent excesses of the time, his lively approach to writing historical tomes and his need to empathize with the subjects he is covering.


At one time, historian Ian Mortimer, 44, was an ambitious student at the University of Exeter. But, frustrated after his exams, he moved back to the remote village of Moretonhampstead in Devon, in southwestern England. He started a family, bought a house and built a bell tower.

For years, he raged against all the academics who torment their audiences with "boring and tedious" treatises. But then he started writing his own books.
Since Mortimer doesn't like to travel and hasn't boarded an airplane in years, it might seem odd that his best-known work is essentially a travel guide. In the book "The Time Traveler's Guide to Medieval England," Mortimer explains what travelers would expect if they were catapulted back to the Middle Ages in a time machine. Instead of writing about famous battles, kings and wars, he describes how it smelled in the narrow alleyways, what kinds of meals the people cooked in their crooked houses, and how they washed their backsides.

The response has been tremendous. Readers and critics alike are enthralled by his unconventional historical prose, and universities are recommending his trip into the Middle Ages as basic reading for young history students.

Click here to read the interview with Ian Mortimer from Spiegel


Click here to read our interview with Ian Mortimer

Click here to learn more about The Time Traveller’s Guide to Medieval England: A Handbook for Visitors to the Fourteenth Century