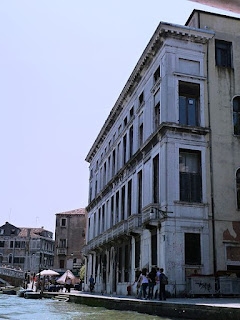 The once-majestic 17th-century Palazzo Manfrin, one of this city’s most important architectural sites, is falling apart. Its white neoclassical facade is crumbling, several wooden doors are splintering, and its floor-to-ceiling frescoes have faded from age and water damage.

The dire condition of the building has catapulted it to the top of the local government’s list for restorations. But after multiple rounds of cuts to its budget, there simply isn’t enough money.


So this year, local leaders made a painful decision. They put the palace up for sale.

Two years into Europe’s financial crisis, which has governments slashing spending in a bid to tame runaway debts, the region is facing a cultural calamity for which there is no emergency bailout fund. Historical buildings, churches, monuments, bridges, barracks, archaeological ruins and other sites are disintegrating from neglect. Local governments, desperate to find a way to preserve these sites before it is too late, are making up for budget shortfalls by hanging ads, selling usage rights and, in some cases, putting the structures themselves on the market.