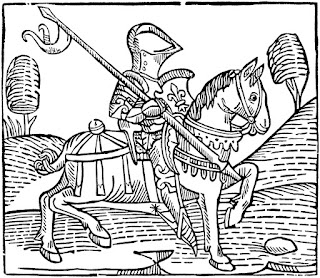 A gang of thieves dressed as knights and armed with a sword and an axe robbed the organisers of a medieval festival in northeast France Monday and made off with 20,000 euros ($25,000), police said.

The theft took place in the early hours of Monday as organisers were counting revenues from the festival in Bitche, near France's border with Germany, a spokesman for regional police in Lorraine said.

"According to witnesses, there were three or four individuals, masked and wearing medieval attire," the spokesman said.