Alexander the not so Great: History through Persian eyes

Alexander the Great is portrayed as a legendary conqueror and military leader in Greek-influenced Western history books but his legacy looks very different from a Persian perspective. 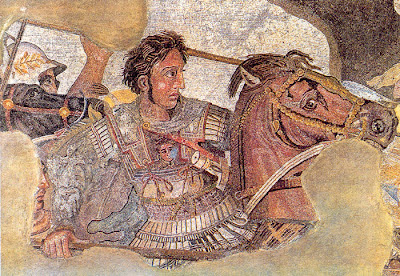 Any visitor to the spectacular ruins of Persepolis - the site of the ceremonial capital of the ancient Persian Achaemenid empire, will be told three facts: it was built by Darius the Great, embellished by his son Xerxes, and destroyed by that man, Alexander.

That man Alexander, would be the Alexander the Great, feted in Western culture as the conqueror of the Persian Empire and one of the great military geniuses of history.

Indeed, reading some Western history books one might be forgiven for thinking that the Persians existed to be conquered by Alexander.