The Flowering of Hellenic Studies at Princeton University 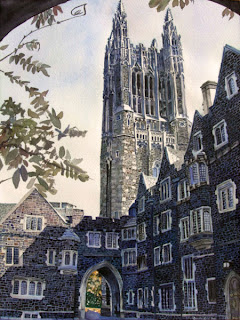 Princeton University has been an international leader in the study of Greek culture for a long time, but the creation of the new Seeger Center for Hellenic Studies promises to bring up more blooms in that already flowering garden.

“Princeton is now one of the world’s great centers for the study of Greece and the transformative influence of Greek ideas across times and cultures”, said Princeton president Shirley M. Tilghman when she and her colleagues on the Academic Planning Group approved the creation of the Center in May 2011.

Princeton’s Program in Hellenic Studies was founded in 1981 with a two million dollar gift presented to the University by the passionate philhellene Stanley J. Seeger Jr., in 1979. The Stanley J. Seeger Hellenic Fund continued to contribute additional monies over the years, and now that gift is the primary support of the new Center named in his honor. Seeger, a 52 (and ’56) Princeton alumnus who out of love for the country became a citizen of Greece, died in July 2011.

Lecturer in Classics, Dimitri Gondicas, previously the Executive Director of the Program in Hellenic Studies and now the first Director of the Seeger Center for Hellenic Studies, believes that Princeton’s principal and lasting contribution to Hellenism in America is its deep commitment to academic excellence in teaching, in high-level research, and in international academic exchanges, rather than large-scale cultural events.

Click here to read this article from Greek News