History of Math: The Chinese side of the equation 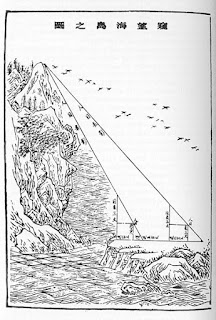 One of the more perplexing questions of history asks why China - the birthplace of many technological discoveries at the heart of civilisation - took so long to achieve industrial revolution, centuries after it had come and gone in the West.

Perhaps we should blame Emperor Kangxi. As China's longest serving leader - his 61-year rule ended in 1722 - Kangxi was politically astute and also a deeply curious man. For hours every day, he would discuss the latest advances in maths and sciences developing in Europe with visiting Jesuit missionaries, moving deftly between affairs of state and the life of the mind.

At the turn of the 18th century, China's own mathematics was languishing in the shadow of the all-important state examinations, which emphasised scholars' ability to write literary and political essays. Had Kangxi decided to make the Jesuits' knowledge central to the national education system, China's progress would likely have come much faster.

That is the argument of Siu Man-keung, a maths professor retired from the University of Hong Kong. Siu's theory is more than just an indulgence in the burgeoning "what if" trend of alternate history. He argues the story of China can't be told fully without grasping the role maths played across the centuries, and conversely, maths cannot be taught to Chinese pupils today without putting it in the historical context.