The First Crusade, by Peter Frankopan 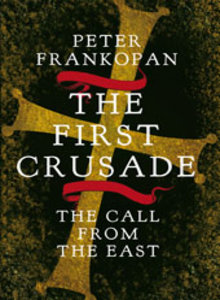 The epic song cycles of the First Crusade, like Led Zeppelin’s debut album, plucked the same brash chord that was heard in Crusades Two, Three, Four and Five. They presented a Western view of the Byzantine Emperor, from which he never recovered, as a treacherous double-dealer, in sympathy with Islam, who knowingly encouraged up to nine-tenths of a Crusader force of 80,000 to their doom. This vitriolic portrait resounded through the centuries and was strummed in the 18th by a misled Edward Gibbon who claimed the Emperor’s widow inscribed on his tomb: “You die as you lived – an HYPOCRITE.”

Not true, says Peter Frankopan, an Oxford historian whose ambition is to restore Alexios I to his bold and rightful position, from which French and Italian chroniclers airbrushed him: as a figure who was crucial in galvanising a moribund 11th-century Europe to expand its horizons. “After more than 900 years in the gloom, Alexios should once again take centre stage in the history of the First Crusade.”

The First Crusade reshaped the medieval world. It restored the authority of a divided papacy set the course for the Reformation and is “one of the most written-about events in history”. And yet its narrative is one-sided, Frankopan argues, dominated by Western voices and by grossly over-promoted characters like the Frankish Prince Bohemond, a charismatic liability who failed three times to capture Ephesus and was not even present at the fall of Jerusalem in 1099.