Ireland: So what have the Romans ever done for us? 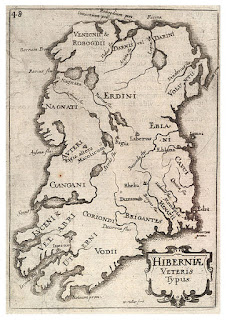 The Roman General Agricola reportedly says he can take and hold Ireland with a single legion. Some archaeologists have claimed the Romans did campaign in Ireland, but most see no evidence for an invasion. Imperial Rome and this island on its far western perimeter did share interesting links, however.

The Discovery Programme, a Dublin-based public institution for advanced research in archaeology, is to investigate Ireland’s interactions with the empire and with Roman Britain, aiming to fill gaps in the story of the Irish iron age, the first 500 years after the birth of Christ.

Science is going to drive the project, and the interpretation presented by the researchers will be based on science as much as the archaeology, Cahill Wilson explains. Roman artifacts including coins, glass beads and brooches turn up in many Irish counties, especially in the east.

Click here to read this article from The Irish Times