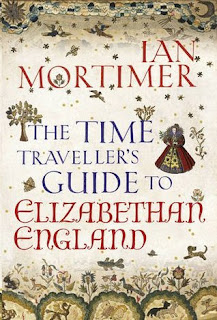 Ian Mortimer’s The Time Traveller’s Guide to Medieval England was a surprise bestseller in 2009, introducing the reader to the customs and mores of 14th-century England without any of the history, so that even if you did not know that England was at war with France, say, you would at least know what to wear and how to act so as to blend in with the locals. It was a lovely, lively book, full of startling details and clearly the work of a thoughtful historian with a tremendous grasp of his period.

The Time Traveller’s Guide to Elizabethan England is just as good, and only suffers by comparison because it does not come as such a surprise. In a sense, though, Mortimer seems even more sure of himself here, and perhaps because there are more sources available, or because he has written a couple of novels set in the period, this is even richer than his medieval guide. You can almost feel the texture of the times, and you can imagine exactly how its men and women might think.

Inevitably Mortimer addresses many of the same themes as in his earlier book – the nuts and bolts of travel: what you could expect to eat and how much you could expect to pay for it. This sort of material is a boon for historical novelists short on time for research, and I found myself hoping he had slipped in one or two deliberate errors to trip the unwary.