A new Institute of Medieval Studies has been established at l’Institut Catholique de Paris, also known as the Catholic University of Paris. The institute will be headed by Isabelle Moulin and will hold its inaugural session of its foundation on June 25th. 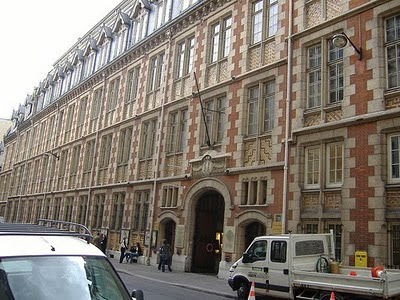 In an interview on the university's website, Moulin states the institute "is dedicated for promoting research on medieval thought, as seen in continuity with late antique thought, on the one hand, and with renaissance and early modern philosophy, on the other. Members of the Institute are particularly interested in evaluating the historical development of theological and philosophical knowledges, whether through the transmission of specific ideas or texts, or in connection with certain institutions."

The Institute of Medieval Studies will focus on promoting the research activities of graduate students, and will be organizing conferences and an annual colloquium. Moulin adds that they aim "to recreate a “civitas philosophorum” taken in a broad sense, in memory of the development of the University of Paris in the Late Middle Ages. The Institute wishes to promote strong interdisciplinary discussions among scholars and is not devoted solely to philosophers, but is open to theologians, historians, and art specialists. Its members and its invited scholars are welcome to build strong regular and a relationship within the Institute; as well as with the international community and the diverse institutions to which they belong."

L’Institut Catholique de Paris, located in the Latin Quarter of the French capital, teaches about 14 500 students a year and has a faculty of 750. The university was founded in 1875.

Click here to read the full interview with Isabelle Moulin