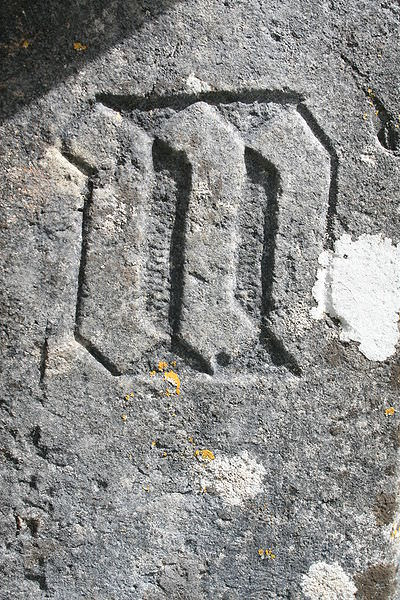 A medieval system of marking stone in building work could be a cheap and effective way of ending the modern day frustration of constructing ‘flat-pack’ furniture, according to a University of Warwick academic.

Mason’s Marks refer to marks made on the blocks of walling stone and on moulded stone as part of the construction process, and have been in use for centuries. Academics studying the use of the marks at the University of Warwick claim self-assembly furniture manufacturers could learn a lot from the ancient system and save thousands of pounds in production costs.

The marks are a sophisticated series of symbols which operated outside literacy and enabled instructions to be transferred between the designers and the constructors of buildings across the building world . The system is universal and different versions of Masons’ Marks have been found in use at various sites across the world, over a 4,000 year period. Dr Jenny Alexander from the University of Warwick’s History of Art department said the marks were used for a variety of reasons.

She said: “Each stonemason had his own mark when they were working on part of a specific project, and the mark would identify their work to make sure they got paid. While you can’t use the marks to trace itinerant masons from site to site, as there are too many co-incidences, you can use the marks to tell the story of the building in which they are found. Systems of marks of a related type are still used to identify the grade of stone in quarries today.”

Dr Alexander said the marks were also used to help assemble pieces if they had been carved and then transported to the site of construction.

She said: “Masons’ assembly marks were used to show which piece of stone needed to go alongside another. It was a very simple system that has been replicated across the world for centuries. I think companies who manufacture flat-pack furniture could learn a lot from this system. If they used a system similar to Masons’ assembly marks to show which pieces went together, it could remove the need for the complex and often impenetrable instruction booklets they currently issue in many different languages.”

Dr Alexander’s research is concerned with the architectural history of the great churches and cathedrals of the medieval period, and of the ways in which those buildings were constructed and used. She is interested in the ways in which the medieval, and early-modern construction industry was organised, how masons were trained, how buildings were designed and how the materials used were chosen, supplied, and worked. Dr Alexander is currently working on a book about Mason’s Marks which is due to be published in 2010, and has just gained funding to look at Mason’s Marks in Santiago de Compostela cathedral in Spain.