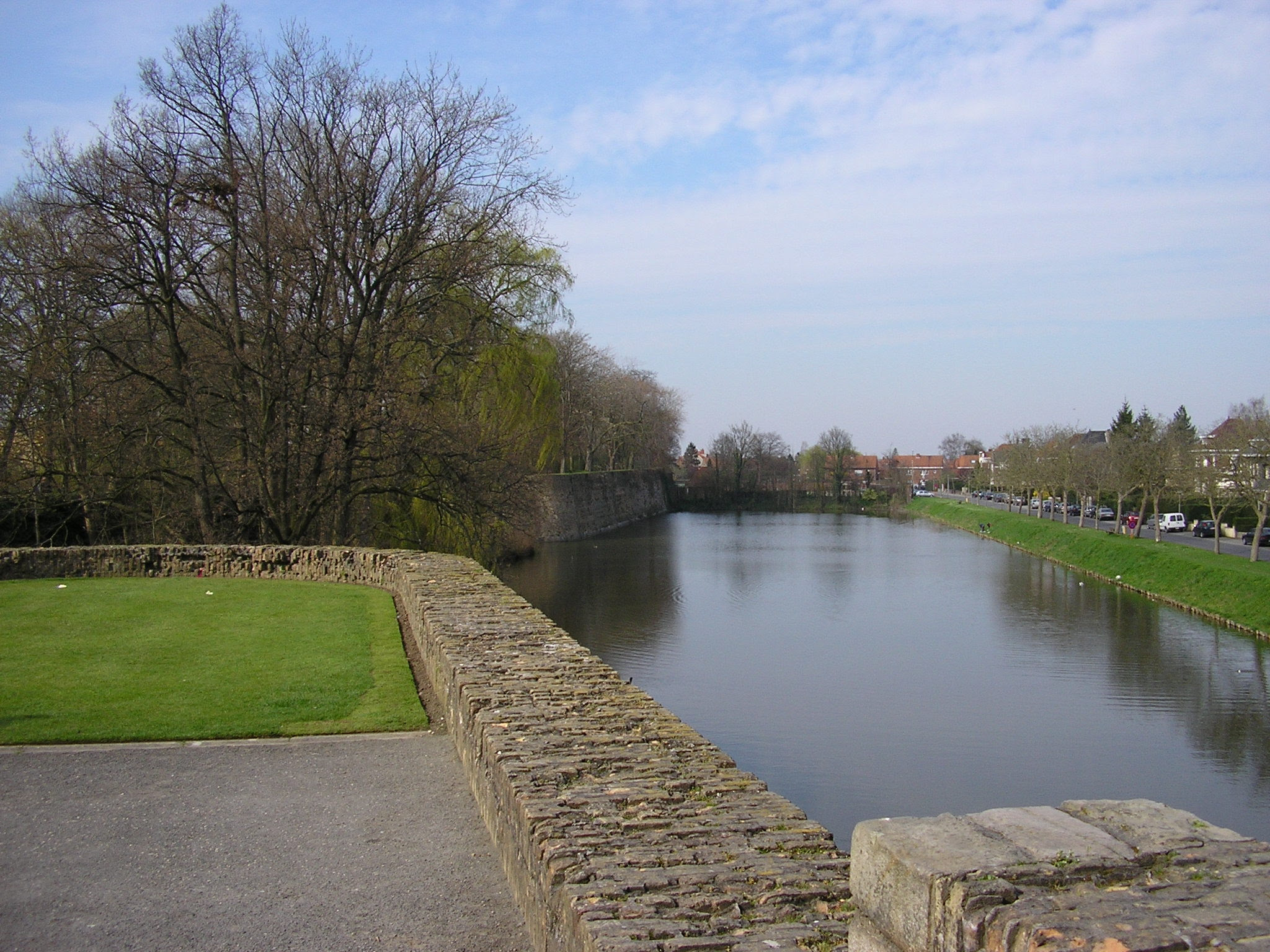 A new article has revealed the great extent to which the Belgian town of Ypres created a water supply system during the Middle Ages. In his article, "The Challenge for a Medieval Center of Industrial Growth: Ypres and the Drinking-Water Problem," Paul Trio uses archival and archaeological evidence to explain how fresh water was brought to the city for its population.

Because the city's booming textile industry required large amounts of water, the city's river, known as the Ieperlee, was not sufficient to meet its needs. Morover, the people of Ypres could not make use of wells because of the soil conditions in the region.

Trio details how city officials bought up land around the city that was turned into moats and ponds that collected water from nearby canals and streams. From there, a water supply network, "unrivalled both in the Low Countries and abroad," carried the water through underground pipes across Ypres.

This network grew over the Middle Ages, and a map of Ypres from 1847 shows that it consisted of "twenty-three kilometres of pipes that supplied eight-hundred and ninety-one cisterns or water reservoirs, public as well as private ones." Several examples of medieval pipes have been discovered, which show that they were made of either lead or wood, and could be as large as eleven and a half centimeters in diameter.

Furthermore, town accounts dating back to 1280 show that the town appointed four pipemasters ("pipemaistres") to oversee the water supply system, and who issued fines for improper use of water or for polluting it. A regulation from 1296, for example, stipulated that no cloth was to be bleached within two meters of a well.

The waste from used water was then transported through partially open sources out of the city to the Ieperlee downriver from Ypres. Trio concludes that "a complex and ingenious network of reservoirs and pipes was created very early on, probably during the course of the twelfth century. Not only did such a system weigh heavily on the urban budget, its mainetnance and - whenever necessary - its improvement or adaptation required a strong organization and rigorous control. That the water supply system of Ypres was an efficient one becomes clear from the fact that no major changes were implemented during the entire Ancien Regime."

The article can be found in The Nature and Function of Water, Baths, Bathing and Hygiene from Antiquity through the Renaissance

, edited by Cynthia Kosso and Anne Scott. This book contains twenty-five articles which deal with a range of topics from Ancient Greece to the era of Shakespeare.