Site of the Battle of Bosworth discovered

One of the most important battles in British history is marked in the wrong place, according to new research.

Bosworth, fought in 1485 and ending in the death of Richard III, was believed to have taken place on Ambion Hill, near Sutton Cheney in Leicestershire. But following a three-year project, the Battlefields Trust said the discovery of ammunition two miles to the south west proved the location was wrong.

The battle ended decades of civil war which is now known as the Wars of The Roses. The death of Richard ended the Plantagenent dynasty and ushered in the Tudors.

The traditional site has a flag at the crest of the hill, a stone to mark the spot where Richard fell and a recently renovated visitors' centre. But debate over the actual site of the battle had been going on for more than 25 years before a project, with £154,000 funding from the Heritage Lottery Fund, was set up to settle the matter.

Dr Glenn Foard, from the Battlefields Trust, said: "The battle was not fought on Ambion Hill at all, we have found the battlefield two miles away, down in the valley. That is where the Wars of the Roses were decided." 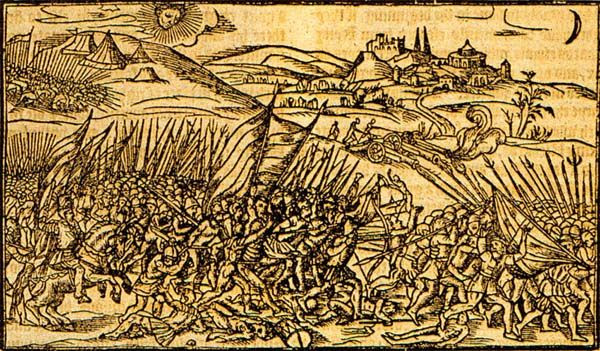 He said studying medieval documents, matching their descriptions to the surrounding area and archaeological excavations had all pointed to the same place. Foard added, "it was systematic archaeological survey with metal detectors that was the method by which we finally located the battlefield. In all 7 square kilometres have been surveyed. More than 5000 finds have been recorded, though only a tiny proportion of these relate to the battle."

The combined evidence proves that the battle was fought in the area between the villages of Dadlington, Shenton, Upton and Stoke Golding – in a location not previously suggested. But the exact whereabouts of the battlefield have not been released, as the researchers want to prevent the site from being looted by treasure hunters.

The newly discovered location will be announced sometime next year – and negotiations with land owners may allow some public access through existing rights of way.

The investigation also turned up much evidence related to use of gunpowder during the battle. Foard noted that, "The archaeological survey of Bosworth battlefield has so far produced 22 lead roundshot fired from artillery and bullets fired from early hand guns – more than all the lead roundshot from all the other battlefields of the 15th and 16th century in Europe put together. They range in size up to 93mm – so the train of artillery at Bosworth already contained some guns as large as saker, the largest mobile field pieces normally deployed on battlefields in succeeding centuries.

"The scatter of roundshot from artillery and of bullets from hand guns extends over a distance of more than a kilometre. Because no comparable evidence has been seen before from a medieval battlefield, the interpretation of the pattern we have recovered demands various new research. This will involve the application of modern ballistics and other methods of scientific analysis."