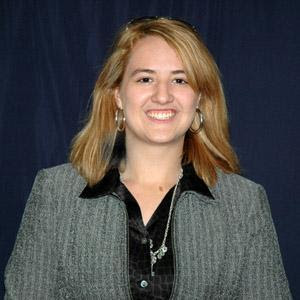 Ashley Deering’s research journey starts in Morris, Minnesota, proceeds to Kalamazoo, Michigan, and then crosses the Atlantic Ocean to Leeds, United Kingdom. The University of Minnesota 2009 graduate from Cottage Grove states that her venture began with an Undergraduate Research Opportunity Program (UROP) project. This week, it culminates at the University of Minnesota Scholars Showcase on the Twin Cities campus.

Deering’s UROP research involves “an historical analysis of how two ‘doctors of souls’ living in the Middle Ages responded to heresy.” Although these Dominican friars were separated by almost a century, the salvation of souls was at the heart of both of their “treatment” methods. She also explores how the friars, through “treatment” of heresy, sought to reconcile the perception of the Church in the public eye.

Deering, a double major in French and history, first presented her UROP research at the International Congress of Medieval Studies in Kalamazoo, Michigan. There she met Andrew P. Roach, Ph. D., from the Department of History at the University of Glasgow. Roach, a scholar of Middle Ages heresy, encouraged Deering to submit an abstract of her research to the International Medieval Congress (IMC) at the University of Leeds, an idea supported by Jennifer Deane, assistant professor of history, and Stephen Martin, assistant professor of French and Deering’s adviser.

Graduate students and professionals primarily attend the IMC, the largest European conference for medieval studies scholars. Rarely do undergraduates receive invitations, much less attend. Remembers Deering: “I fully expected not to be accepted. It was very surprising to receive my acceptance letter with session information!”

In summer 2009, Deering attend the IMC in Leeds. Her role at the conference was “equal to many of the scholars there.” She presented her research to other scholars. Deering’s session, “Heresy and Bodily Practice II: Heresy as Disease or Poison,” allowed her to meet scholars in her field from around the world. “I presented next to a graduate student from Spain and a professor of history from Russia,” she shares.

As well as gaining feedback and constructive criticism, Deering attended other sessions during the international conference, during which she connected with “scholars whom I had been reading and working from on a very personal level.” She also attended tours of medieval monasteries, castles, and armories around Leeds.

“UMM was indispensable for my attendance at and even my submission to this conference,” Deering states. Morris research opportunities, constant support from her professors, and research grants from the Bos Undergraduate Research Fund and the Owen and Frances Tate Fund, helped her feel completely prepared for the conference, aided in the preparation of her paper and project, and equipped her with the confidence and knowledge to answer any question that might have been asked of her.

“I remember feeling very nervous approaching the conference, but as I wrote my paper and revised it, asked questions of professors, other students, and revised it again and again, I went to the conference knowing that I belonged there—that my contacts and the University of Minnesota, Morris had sufficiently afforded me the environment needed to produce a worthwhile and respectable project,” reflects Deering.

“Connect with other scholars” was advice given to Deering by her Morris professors, advice that led to her greatest IMC memory. Deering reconnected with Roach. His encouragement and presence during her presentation was “exciting and nerve-wracking.” But when she concluded, he applauded her work with a memorable “good stuff” and asked her to lunch. They met regularly during the IMC and discussed graduate school opportunities as well her project and their field.

Deering’s finalized project will be presented today, Wednesday, October 7, 2009, at the University of Minnesota Student Scholar Showcase. Undergraduate, graduate, and professional students will gather in TCF Bank Stadium to present their research that will be digitally archived by the University of Minnesota Libraries. She will also submit her paper for journal publication.