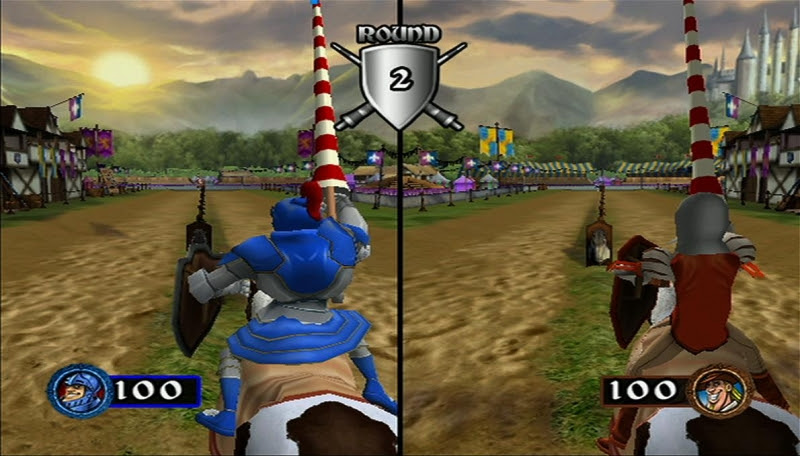 In a press release from Vir2L Studios describes the game as your chance to "Relive the days of olde in this fun collection of 30 medieval-inspired mini games and tournament championships set in a charming storybook world. Featuring easy pick up and play action, light hearted humor and support for up to four players, Medieval Games is sure to be a family favorite."

Players can try their hand at various games, including jousting and catapulting, or play along in a story that involves dragons and knights.

Medieval Games has been rated E10+ by the ESRB. Medieval Games was developed by N-Fusion Interactive and is being published by Vir2L Studios.