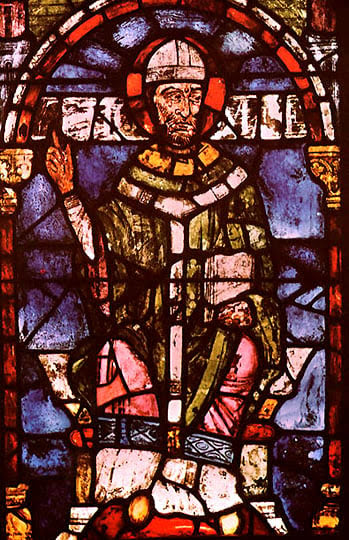 Thousands of visitors come into Canterbury Cathedral each day, where they gaze upon the hundreds of years of history in one of England’s greatest churches. Many of them will see the great stained glass images in the windows of the cathedral, believing that these were created in the Middle Ages. Unfortunately two of the most iconic images in the Cathedral are actually fakes created in the first half of the 20th century.


In ‘Fakes and Forgeries in Canterbury’s Stained Glass’, a lecture given last week at the University of Toronto, Rachel Koopmans explained how these images came into the cathedral and have fooled people for so long. One of the faked images is known as the Pilgrims panel, which shows four figures on the move and has been associated with the characters of the Canterbury Tales by Geoffrey Chaucer. The other is a portrait of the famous martyr and saint Thomas Becket, which some books have even described as being a contemporary depiction of the twelfth-century Archbishop.

Koopmans explains that both of these images, and many more in the Cathedral, were actually created by Samuel Caldwell Jr., who was the person in charge of restoring Canterbury’s glass for more than fifty years. During this time he created dozens of works and duped various church officials into believing they were genuine medieval images.