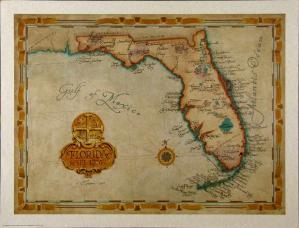 Philosophy lovers, prepare to be outraged.

Down in Florida, a task force commissioned by Governor Rick Scott is putting the finishing touches on a proposal that would allow the state's public universities to start charging undergraduates different tuition rates depending on their major. Students would get discounts for studying topics thought to be in high demand among Florida employers. Those would likely include science, technology, engineering, and math (aka, the STEM fields), among others.

But Art History? Gender Studies? Classics? Sorry, but the fates are cruel. Unless a university could show that local companies were clamoring to hire humanities students, those undergrads would have to pay more for their diploma.
Charging tuition by major is one of several recommendations the task force will submit to lawmakers as part of a broad reform package for Florida's university system. The hope appears to be that by keeping certain degrees cheaper than others, the state can lure students into fields where it needs more talent. It's an interesting idea in the abstract, but if it ever makes it into law, the results could be messy.

Before we dive into the pros and cons of the proposal, a few details: The task force's plan calls on the state to help colleges freeze tuition for three years on "high-skill, high-wage, high-demand" majors picked out by the legislature, while letting prices rise for other areas of study. It's not clear yet what degrees would fall under that "high-demand" umbrella. But Florida's state schools already hand out about 37 percent of their diplomas in subjects the government has deemed "strategic areas of emphasis," which include the STEM disciplines, some education specialities, health fields, emergency and security services, and "globalization." Presumably, many of those same majors would qualify for the cheaper tuition rates.