It's no tall tale—the first complete ancient skeleton of a person with gigantism has been discovered near Rome, a new study says. 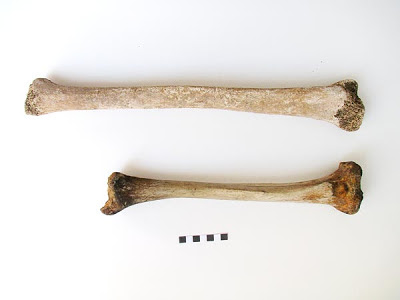 Finding such skeletons is rare, because gigantism itself is extremely rare, today affecting about three people in a million worldwide. The condition begins in childhood, when a malfunctioning pituitary gland causes abnormal growth.

Two partial skeletons, one from Poland and another from Egypt, have previously been identified as "probable" cases of gigantism, but the Roman specimen is the first clear case from the ancient past, study leader Simona Minozzi, a paleopathologist at Italy's University of Pisa, said by email.

Click here to access the article: Pituitary Disease from the Past: A Rare Case of Gigantism in Skeletal Remains from the Roman Imperial Age