A prototype project at St Laurence’s Church, in St Benedict’s Street, was launched on Saturday in an effort to explore new ways to use the 15th-century church.

The Common Room project temporarily transformed the church into a type of community space in an attempt to entice people to explore the Grade I listed Medieval church. 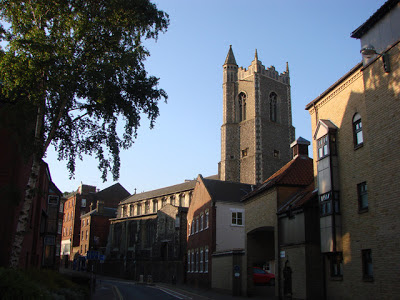 The project has been developed by Social Spaces and 00:/ (Zero Zero) in collaboration with The Churches Conservation Trust, a national charity which protects historic churches at risk and cares for over 340 buildings around the country.

St Laurence’s is one of three churches which the charity looks after in Norwich, alongside the 500-year-old Church of St John Maddermarket and St Augustine’s Church, which boasts the only 17th-century brick tower in Norwich.