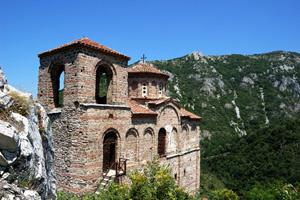 A team of more than 20 archaeologists that has been clearing vegetation on the eastern side of Assen’s Fortress in Bulgaria’s Rhodope mountains has uncovered the remains of a medieval residential area adjoining the fortress.

Excavations at the site began after a nearly 15-year lull, after the Culture Ministry allocated 30 000 leva, television station bTV said.

Rositsa Moreva, who has been supervising the current study of the site, said that the residential premises appeared to have been for soldiers and their families. The garrison was at the fortress to guard the strategically-important point of access to a route to the Aegean.

Click here to read this article the Sofia Echo