Life in a medieval home

Shandy Hall is a good example of a late medieval timber-framed hall, built around 1430. 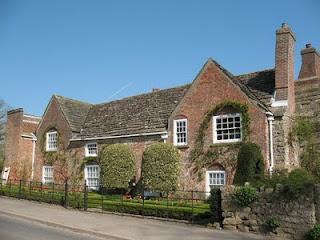 Shandy Hall is a bit like a museum, but charting the house's own history is difficult. The architectural scholar Nikolaus Pevsner reckoned it was built in the 17th century, but he was wrong, probably because he didn't have access to the inside. In fact, the building is a symmetrical, timber-framed hall built around 1430. The roof rafters show signs of the fire that would have been in the centre of the house, and through a hatch in the kitchen you can see the medieval outside wall.