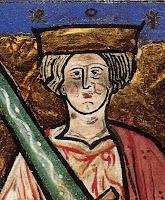 Evidence of a brutal massacre of Vikings in Oxford 1100 years ago has been uncovered by archaeologists. At least 35 skeletons, all males aged 16 to 25 were discovered in 2008 at St John's College, Oxford.

Analysis of wound marks on the bones now suggests they had been subjected to violence. Archaeologists analysing the find believe it dates from 1002 AD when King Ethelred the Unready ordered a massacre of all Danes (Vikings) in England.

The surprise discovery of the skeletons was made by Thames Valley Archaeological Services under the quadrangle at St John's College at the University of Oxford, before building work started on the site.