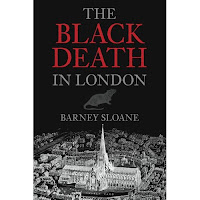 Rats weren't the carriers of the plague after all. A study by an archaeologist looking at the ravages of the Black Death in London

"The evidence just isn't there to support it," said Barney Sloane, author of The Black Death in London. "We ought to be finding great heaps of dead rats in all the waterfront sites but they just aren't there. And all the evidence I've looked at suggests the plague spread too fast for the traditional explanation of transmission by rats and fleas. It has to be person to person – there just isn't time for the rats to be spreading it."

He added: "It was certainly the Black Death but it is by no means certain what that disease was, whether in fact it was bubonic plague."

Click here to see our feature on the Black Death