His journeys across mountain ranges and deserts opened the eyes of medieval Europe to the exotic wonders of China and the Silk Road, establishing him as one of history's greatest explorers.

But a team of archaeologists believe Marco Polo never even reached the Middle Kingdom, much less introduced pasta to Italy after bringing it back from his travels, as legend has it. 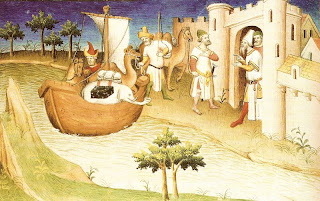 Instead they think it more likely that the Venetian merchant adventurer picked up second-hand stories of China, Japan and the Mongol Empire from Persian merchants he met on the shores of the Black Sea, thousands of miles short of the Orient.

Click here to read this article from Daily News and Analysis