The secret race to save Timbuktu’s manuscripts 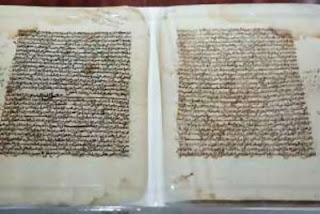 By Geoffrey York
The Globe and Mail

As rebels searched the bags of the truck passengers at a checkpoint near Timbuktu, one man was trying to hide his nervousness. Mohamed Diagayete, an owlish scholar with an eager smile, was silently praying that the rebels would not discover his laptop computer.

Buried in his laptop bag was an external hard drive with a cache of thousands of valuable images and documents from Timbuktu’s greatest cultural treasure: its ancient scholarly manuscripts.

Radical Islamist rebels in northern Mali have repeatedly attacked the fabled city’s heritage, taking pickaxes to the tombs of local saints and smashing down a door in a 15th century mosque. They demolished several more mausoleums this week and vowed to destroy the rest, despite strong protests from UNESCO, the United Nations cultural agency.

With the tombs demolished, Timbuktu’s most priceless remaining legacy is its vast libraries of crumbling Arabic and African manuscripts, written in ornate calligraphy over the past eight centuries, proof of a historic African intellectual tradition. Some experts consider them as significant as the Dead Sea Scrolls – and an implicit rebuke to the harsh narrow views of the Islamist radicals.

See also: The Manuscripts of Timbuktu